Home / What to See on Route / Wildlife Spotting

The Coast and Moor paths offer some of the grandest scenery the walker can encounter as well as diversions aplenty for wildlife enthusiasts.

Several estuaries will be skirted on the walk and a number of these are of international importance for their general habitat, particularly sand dune plants and reptile species, and over-wintering populations of wildfowl and waders oftentimes numbering in the several thousands. 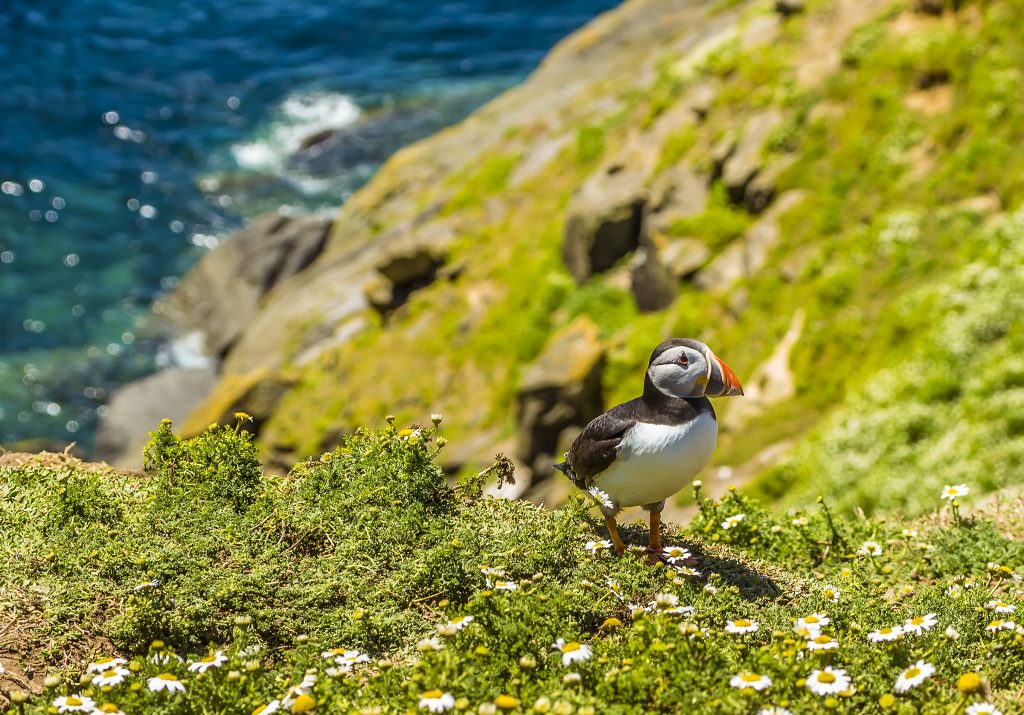 Here’s what you can spot on your walks

All these can be seen off many parts of the Pembrokeshire and South West coastal paths.

In the spring boat trips go out to the islands of Grassholm, Skomer and Skokholm. These three National Nature Reserve Islands offer some of the most spectacular sea bird watching in the UK, including some 32,000 nesting pairs of gannets. Pentire Point is a particularly good place to spot cliff-nesting gulls and auks.

Follow this link to see the most recently spotted animals in Cornwall.

And many more varieties, including rarities, can be seen along the estuaries and coastal paths, particularly in the spring and autumn when there are passage migrants. Especially good areas are Hayle, Tamar and Exmouth Estuaries, and Poole Harbour.

Some of the great places to spot these are the Taw Estuary (SSSI) where raptors and diurnal owls can be seen. Look out for raptors at Coombe Martin and on the At Poole Harbour there are regular sightings of harriers and a pair of resident ospreys.

You need to be eagle-eyed to spot some of these around the coast! Blue Fin Tuna have been spotted from Padstow right round to Plymouth. The Humpback Whale came to Cornish waters in late 2020 probably due to the abundance of sardines.

All these can be seen on all three walks. Sand lizards have been reintroduced in North Cornwall.