Home / What to See on Route / Ancient Sites

When walking on any of the routes in South West England you will not be disappointed by the variation of  sites you will see. Below we have listed a range of castles, ruins, lighthouses and more that you may see when walking or cycling one of our routes. 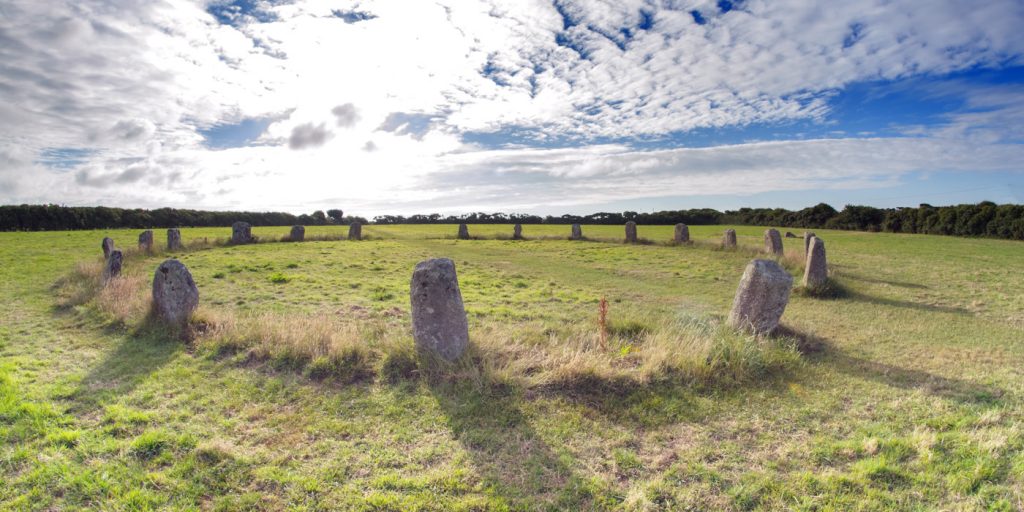 A medieval fortification in a spectacular position high on the cliffs. Mythology has the castle associated with King Arthur.

A 14th century stone house built to the plan of a medieval manor house.

A megalithic burial chamber. Local legend has it that the Quoit has mystical powers.

An iconic Bronze Age stone monument, possibly the start of a stone circle.

Part of Cornwall’s rich heritage of mining. It has a restored beam engine running on steam.

Here you can experience what life was like for a Cornish miner.

On the cliffs near St Just is the site of a number of stone burial chambers, dating back to 3000BC.

One of Cornwall’s promontory forts.

A Neolithic chambered tomb near Lamorna; unusually the entrance is lined with   stone slabs leading into the chamber.

A late Neolithic stone circle.  A local myth suggests that nineteen maidens were turned into stone for dancing on a Sunday!

This Iron age and Romano-British site is well worth a visit. It was inhabited for four centuries. The village consists of the remains of about 10 Houses, each thirty metres across.

Originally given to the Benedictine Order by Edward the Confessor in the 11th century. It has been the home of the St Aubyn family since 1650 and it is accessible at low tide via a causeway; ferries run from Marazion at high tide.

A fort constructed by Henry VIII in Falmouth to protect against invasion from France and to defend the waterway at the mouth of the river Fal.

Built in the 1500s and remained in use during the Crimean War and The Second World War to protect the coast from invasion.

The exterior resembles a Norman castle and parts of the original manor do remain including an ancient chapel and an old walkway to the sea.

One of the many forts built to protect Britain from the French.

Situated in the Village of Noss Mayo and is now a redundant church with Saxon origins.

Built in 1836 to protect shipping. It’s open to the public in the summer.

The earliest part dates back to the 1380s. A defence against attacks from the French, it’s been updated many times in response to perceived threats both from the French and from the land during the English Civil War.

An artillery fort built between 1491 and 1502 was one of the first purpose-built forts in Britain.

Filled with antiques and tapestries, some sections of it date back to the 14th century.

An Iron Age hill fort situated on a chalk hill overlooking the English Channel. The fort was occupied by a Celtic tribe until the Romans invaded in AD43.

Built during the reign of Henry VIII it is an important strategic site with gun platforms and great sea views.

Another of Henry VIII constructions which now lays in ruins which is said to be one of the best examples of 16th century block houses to survive in the UK.

An open museum with a labyrinth of tunnels built in the mid 1800s to protect Portland and Weymouth harbours.

One of Henry VIII forts built to protect Poole Harbour. There are tours available during the summer. 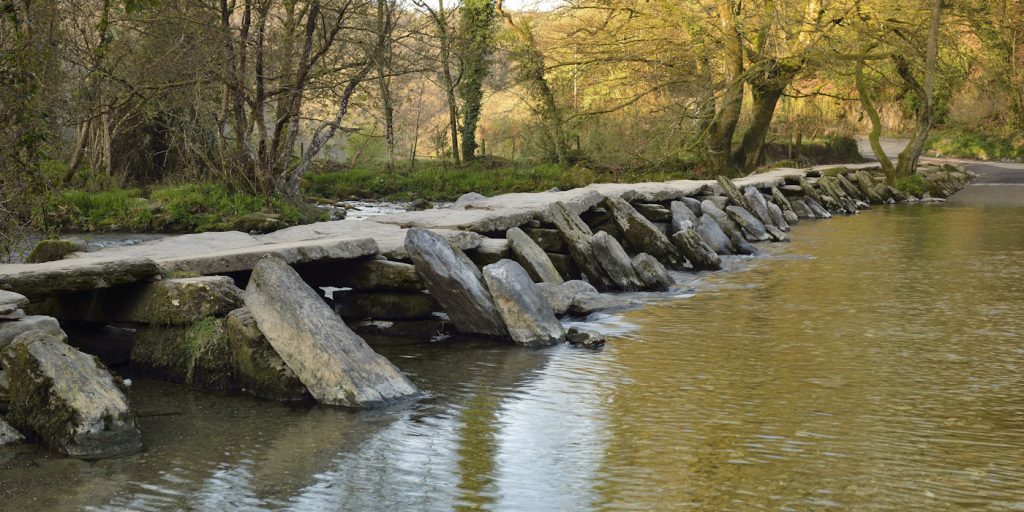 Up on to Exmoor from Lynmouth you will come upon an Iron Age hill fort bounded by steep slopes.

A medieval clapper bridge, although some sources believe it might date back to the Bronze Age. It is 55 metres Long and has 17 spans, each stone slab weighing up to 2 tons.

Not quite ancient, but was the last Castle to be built in England in the early 1900s

A late Bronze Age settlement surrounded by a low stone wall, inside of which are twenty-four hut circles or round houses.